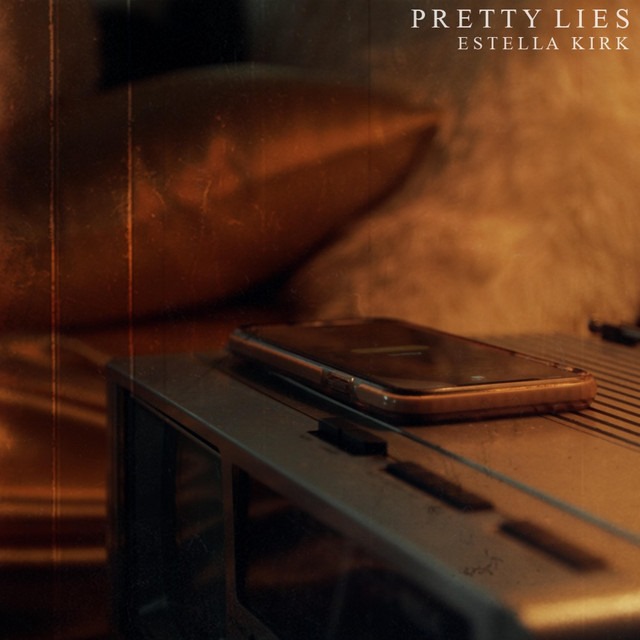 Pretty Lies was inspired by a friend who called and said she was thinking about ending her life. I have seen first hand the damage social media can cause in teens and have made it my mission to teach teens about “choosing their entertainment and music wisely” I wrote this song to expose the pretty lies in our society from social media, so that we can all recognize our true value in a world of questions, Estella Kirk has found an answer. From a young age, Estella pursued dreams of acting, performing, and singing in hopes of one day becoming the next pop star.

As she chased this dream, her desires shifted, and when the question came of who she was going to do all of this for, her only answer was God. It was around this time that Estella began working with Kira Fontana of Kingdom Sound and together they began writing her first songs. With an EP to be released in 2020, she set out to finalize the fifth and final song. As they put the finishing touches on the song, Estella and Kira felt it wasn’t right for the season they were in. As a virus spread around the world, so did more questions. For Estella and Kira, they had only one answer.

If there is someone to go to for truth, security, and peace in a time of chaos, it is the Lord. After two days of prayer and writing, a new song emerged that felt exactly right. Shelter In The StormEstella Kirk’s first single, focuses on the hope we have in the midst of uncertainty. This song reminds us that nothing is shocking to God. As the Covid-19 virus continues to move across our planet, so does fear. But our God is not afraid. He is in control. As headlines evoke panic,

This song encourages us to “be still” knowing He is not panicked. As the storms of uncertainty sweep across our communities, we can be confident that God is our shelter and He is worth running to. Estella’s latest release, Pretty Lies, is a call to believe what is true about ourselves. In a world saturated by harsh opinions and skewed standards of beauty, it is easy to get lost in the lies people are selling. Estella reminds us that God made us as a masterpiece and anything that tells us differently, however pretty or convincing, is nothing more than a lie.

When those around us betray our trust, and the world has nothing true to run to, God is our shelter and the truth worth fixing our eyes upon. Listen to these songs and more from Estella Kirk’s Bright Side now on all streaming platforms and at estellakirkmusic.com.

Watch Estella’s music videos and subscribe to her channel https://www.youtube.com/channel/UCUzq8RjREuZYkyG8EkoD32w?view_as=subscriberhere