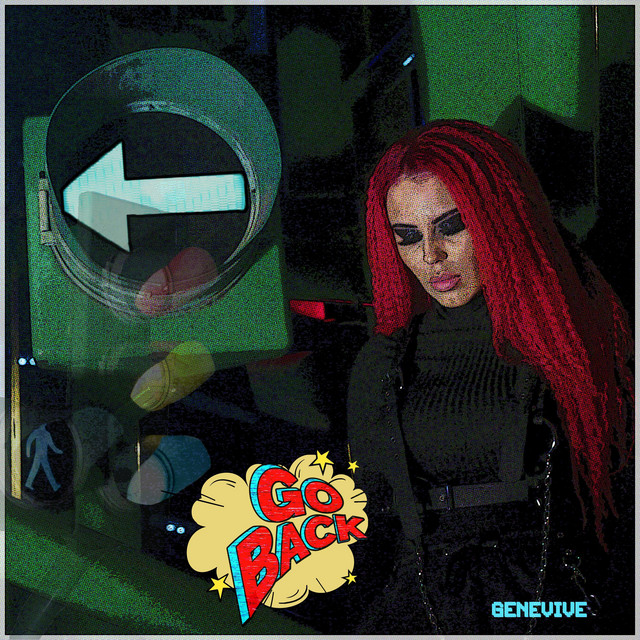 If 1 truth could save your life would you go back? We all want to say yes, but the answer is based on the value you see in yourself. The lyrics in ‘Go Back’ address the idea that without a fundamental truth, we find ourselves seeking for that stronghold. A question on from this that aims to be the focus of the track:

Is what you’re going back to saving you for the moment? or from all aspects of your life moving forwards?

The single ‘GO BACK’ mentions ‘On this rock I will build my’, a reference to Christ speaking with his disciple Paul who recognised that Jesus was the messiah. Christ is drawing attention to the fact that anyone who realises in the same way, they become that rock for others. A people who ‘Go back’ to this truth.

‘Go Back’ reveals a difference between two kingdoms, the system of this world vs the kingdom of heaven. Two character roles are being played in the music video although it is expressing the choices made by one person. The lyrics dwell on the concept that the flesh is not the real you, that you are to rule over it, to not be conformed to its ways, rather to take thoughts captive in the carnal mind which is fallen, and be led by the Holy Spirit which gives you life more abundantly.

The lyrics ‘It will pluck your eyes if you don’t see the truth’ once again goes back to the thief on the cross next to christ. One recognised him to be the messiah who came to model a life we could all live in the spirit, the other denied it, saying ‘save yourself and us, if you are’.. Parallel to this, ‘Go Back’ is boldly stating that one has been saved from so much more beyond what the eye can see. To ‘Go Back’ to that truth, would be to save you mentally, physically and emotionally from the feelings of the flesh that so easy entangle.

Genevive plays the role of the person who had to make a decision. We understand her confusion when we see her at the traffic tree light in the music video. The ‘old self’ is not understanding which way to go, it thinks all ways are the correct way, although the character is shown to know a glimpse of truth as it remembers it:

‘Day dreaming, Have I really been dreaming. Which way the wind blow I dunno, I just, I been seeing. Things that I knew were true, gave it all so I could follow you.’

The new character unfolds throughout the music video in a dream like state, silver colours and metal pillars to symbolise a strong foundation. We then get a better understanding of the massive comparison between the two decisions.