Inspired by a reflective look in the mirror at depression. On the brink of quitting music and sharing with the world a God-given talent. A spark of encouragement took place allowing me to be proud of how far I have come on my journey. From a drug-dealing gang member with a criminal past to a man who has become a mentor to teens, a husband, father, leader and ultimately an imperfect Christian.

The phrase “I love God and trap music” has an entirely new meaning with music artist, Rio 24K. Steeped in the heart of Conscious Trap, a new emcee with a Christian message emerges. Derived from his first name, Mario, and the purest form of gold—Rio 24K hopes to inspire others to be purely authentic to themselves and toward God.

Listeners can expect to hear a refreshing dose of raw honesty over trap beats from Rio’s Haitian accent laced with Miami native twang. With musical roots planted in Hip Hop, Rio 24K’s pensive music provokes thought while nodding to verses influenced by the likes of Tupac, Nas, Lecrae and Trip Lee.“Growing up, I didn’t know anything about the Bible,” Rio 24K said. “My parents were into dealing and now I can see how that sparked myself and some of my family to get into it and scamming.”

A 180 from his previous artist name, Cash Carter, Rio 24K changed his tune from chasing money to pursuing purpose after experiencing extreme emptiness, paranoia, and death surrounding him.“At 22 I started going through health issues. I had to go to the hospital and started getting a sense of emptiness,” Rio 24K said. “Friends of mine started working for the police; I had a cousin who died; I started experiencing paranoid dreams and feared being indicted.

I used to pray all the time. My homeboy got grazed and everybody around me was getting shot. I didn’t know who I was praying to. I just knew that this isn’t the way to live. As my son got older the spirit of maturity came over me, and I decided to change.”Rio 24K’s brother connected him to a local discipleship program in August 2013 where he began reading and understanding the bible.

Two years later he began his redeemed musical journey and experienced a plethora of what he calls “Christian setbacks.” From personal issues causing a violation of probation to his father being arrested and incarcerated, to his son getting cancer; Rio 24K is challenged to keep his faith high and continue serving God in the most authentic and pure way possible. Despite hardships, Rio 24K has garnered more than 100K streams on SoundCloud. His hit song Forever led him to open up for Social Club.“Music is my gift,” Rio 24K said. “I spit my life and my story.” 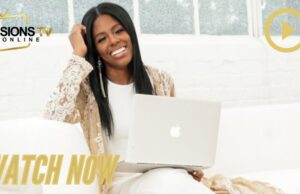 New music from Feed’Em ‘Secured’ after getting engaged