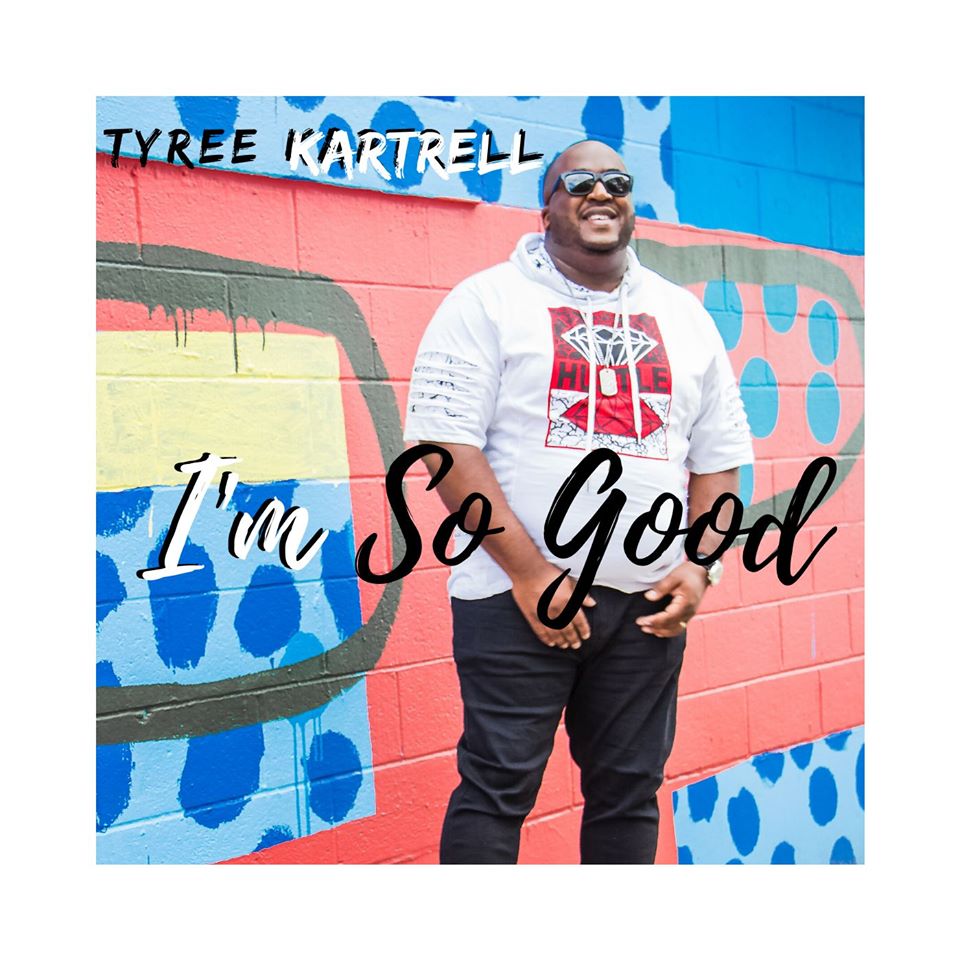 I’m So Good is a feel good 90’s throwback track expressing an unwavering faith in God. For when we put our faith and trust in God we do not become worried or shaken by life’s curve balls it throws at us. We must hold steadfast to God’s word and His promise

Tyree Kartrell a talented Singer/Producer/Musician, is striving to make his mark in the music game. Raised into a musical family, his father Cardell Newton was a great gospel artist and evangelist, and Tyree’s mother is an excellent singer as well. So he was raised in the world of music, watching his Parents, Aunt’s & Uncles on stage, in rehearsal, and in the studios.

A Columbus, Ohio native, Tyree gleamed from the many singers and musicians the city had to offer. They set the bar high, yet they were the best example you could possibly ask for.

Tyree’s musical talent was noticed early at the age of 3 when he could not only sing, but pick out harmonies from songs. That ear eventually moved him to the piano, as a child he could play any melody.

He says ”My parents entered me into a music conservatory, but my instructor felt that my ear was too strong. And they wanted me to develop that talent”. And he did. He could play almost any song you threw at him. However, his drive for music switched to sports.

He was a talented athlete who played basketball, ran track, and even gymnastics. However music was always an integral part of his life. Music kept him busy both at church and school. He was always a part of band (played drums and percussion) and sang in chorus.

Then when Tyree Kartrell reached his senior year of high school he was encouraged by his chorus instructor to audition for a music scholarship. “I was going to school for graphic design”. He says. “Music as a career was not my plan”.

But he auditioned and by surprise was awarded a scholarship to Walters State College in Tennessee where lived at the time. And from there his life changed. Music was now not only a part of his life, but it became his life indefinitely.

In 1999 Tyree Kartrell’s parents allowed him to leave Tennessee, and move to Atlanta, GA to pursue his dream in music. Tyree already had been travelling to Atlanta while in school. A close friend, rapper “Qbalsilini”, introduced him to the Atlanta hip hop label Big South records.

“That was the start of my production and studio experience. I was just so young, naive, not yet ready for the industry”. He quickly hooked up with other talented artists, writers, singers and producers.

He was totally immersed in the studio life, demoing records, and writing for many established artists. During this time he sharpened his skills, learning all he could to move to the next level.

You will definitely hear those influences in his music.Over the years, Tyree Kartrell has served as Music Director, Minister of Music, and Praise and Worship leader at several ministries in the Atlanta area.

He started professionally in R&B and Hip Hop, yet along the way he made a conscious decision to devote his music to spreading the love of God, his gift of salvation, grace, and mercy.

Passionate about his craft, he is committed to making quality feel good music, the kind of music that touches your soul. He’s worked with many artists from R&B, Gospel, Pop, Hip-Hop, and Neo-Soul.

And Tyree is striving to enter that bigger stage so his music can be heard and felt by everyone. He is currently working on his debut CD, which will be completed by 1st quarter of 2020.

Until then he will drop a few singles until the release of his album. So be on the lookout!!

Reblah announces his new album ‘Joy in the Pain’ Features the likes of Mark Asari, TSB, Levi Lennox and R-Scar

A song of declaration revealing the wonder and power of God. Yaweh by Jemimah Paine and Gwil