Canadian rapper Ayomilly releases his debut album “Unstoppable”. The tracks on the album are phenomenal and Visions TV Online had the chance to catch up with him to speak about his background and what inspired him to create a great body of work.

Click on the link to listen to the album

Ayomilly, born Joel Craig, is an independent recording Artist from Toronto, Ontario, who is passionate about creating honest, real music that brings positivity and change to our culture.

At fifteen-years-old, Joel discovered his passion for music as he wrote and recorded a song to honour the tragic death of his best friend whom he lost at the age of eight. Music became a safe place to deal with his trauma and to express himself. This pushed Joel to create and share more songs, which eventually motivated him to pursue a career in music. At the time, Joel began getting tangled up dubious activities on the streets. This led Joel to have a brush with death that changed the direction of both his life and his music. A new vision and purpose was birthed to cause Joel to be more passionate about his art more than ever before.

Joel continues to create very personal music. His singles, such as ‘Never Know’ and ‘Over Me’, are heavily inspired by his faith and his story. In his debut album, ‘Unstoppable’, Joel dives further into his testimony of how Jesus rescued him from a life of hopelessness. His versatile artistry integrates trap beats, distinct melodic and rhythmic flows, paired with authentic lyricism to create songs that never sound the same. Using a blend of melodic vibes and rap flows, flavoured with Toronto soundscapes, Joel crafts a unique discography of music to fit every playlist.

As we delve deeper into what truly makes up Ayomilly, we have to look back to his roots. Being born in a small town in Northern Canada, North Bay, at four years old he moved with his family to just outside of Toronto. In 2016, he then moved into the city and got his first taste of real urban life. All his life, he’s been surrounded by music – with his father and sister both playing guitar, and his sister singing too. It’s no surprise, then, that though he only started making music around fifteen, the passion and the drive had always existed within him – he feels a calling to make music.

What fuels his passion for music is the ability to communicate to other people. To Joel, the value he sees in relatability is priceless, he loves the idea that what he is going through might connect with another person’s experience. He also enjoys the way his music can motivate people. When he started making Christian music after the change in direction of his life, last October, it felt like a brand-new start, and a new way to inspire his listeners. The eight tracks he released this year have allowed him to do just that.

As his key influences on the hip-hop style has curated, Joel cites a list of rap legends. In his younger days, he was inspired by sounds from the likes of Lecrae, Andy Mineo, Canon (for his distinctive faster flow) KB, Derek Minor, and Sean Kingston. These Artists left a huge landmark on what is now Joel’s individual style. Lyrically, his main influences are Canon and Hopsin. His melodic sound is heavily influenced by prominent rap star Future. Though the majority of this selection is rooted in rap and hip-hop, he also says that from his family, he listened to a lot of pop and folk music, which has also left an impact on the way he makes his music.

The music industry is a notoriously difficult place to make a name, and Joel hasn’t come so far without his own host of challenges to face. When he first began pursuing Christian music, it felt as though he was being tested. He couldn’t make the connections he needed to get the music released, and felt like he was being held back. Though at first he was confident in music, a lot of things went wrong. But he is determined not to let anything stop him – he pursues music with everything he has, and now that he is on the right track, he feels that everything has turned out the right way in the end. At this current stage in his career he is more confident than ever – saying he’s “comfortable in an uncomfortable time”, which is more of a blessing than he could have hoped for. What got him through the turmoil was the knowledge that “God is going to do what He is going to do – He will provide”. He has faith that God will look after him, and feels blessed in many ways.

Today, Ayomilly takes blessings in the form of recognition for his hard work and the direction he has received from God. He has achieved 7k streams on Spotify, with 3k monthly listeners, and 20k total streams on his first song ‘Never Know’. Previous released include Testing Me, OMG, and a music video shot in Mexico called ‘Over Me’.

In the future, Joel hopes to achieve even more for God’s glory and wants to help other musicians. He hopes have his own label, provide studio facilities for those with a tight budget, and teach people to professionally mix and master their tracks in the studio. It would be a way to give people skills and a way for them to make money. Amongst his goals outside of music, the generosity is clear to see: he wants to provide housing and be able to feed people who need it. He sees any investment in his music is great as he wants to elevate his social media presence to be able to inspire other people to have an impact on their communities too. 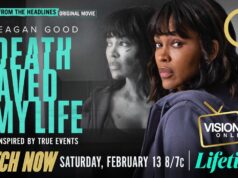 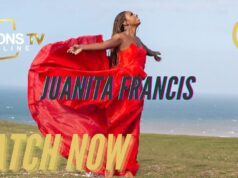 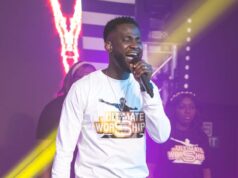