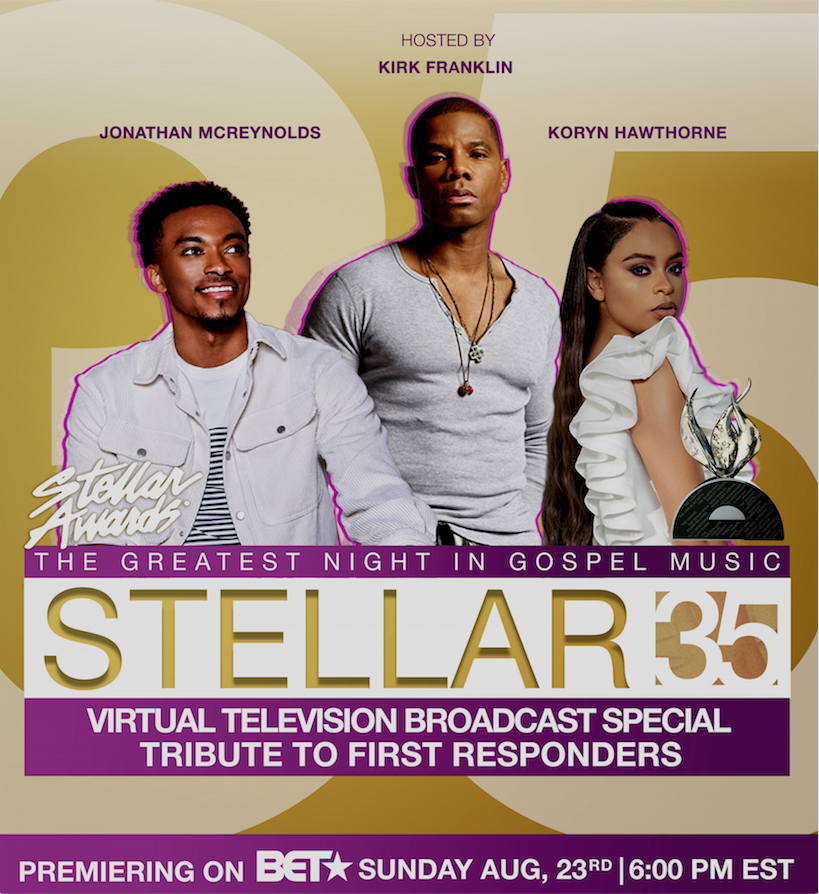 Visions TV Online is the UK’s media guest for the 35th Annual Stellar Awards, Interviewing Kirk Franklin, Jonathan McReynolds , Travis Greene & Michael Johnson, Hosted by Tosha Whitten-Grigg. It was an exhilarating experience and a privilege to be apart of a great event.

The 35th Anniversary @The Stellars Gospel Music Awards premieres on @BET Networks as a two-hour virtual special on Sunday, August 23 at 6 p.m. ET and in broadcast syndication later this fall.

Due to the COVID-19 global health crisis, The Stellars is being produced as a virtual special that will celebrate 35 years of excellence in the genre. Special elements in the show will honour the contributions of first responder heroes.

The “Road to the Stellars” kicks off with a week-long digital announcement of the non-televised winners daily from Monday, August 17 through Saturday, August 22 on the Stellars website as well as Facebook and Instagram pages.

The show’s red carpet will be hosted by artist Jekalyn Carr on the Stellar Awards Facebook and Instagram pages on Saturday, August 23.

For more info, visit at www.thestellarawards.com