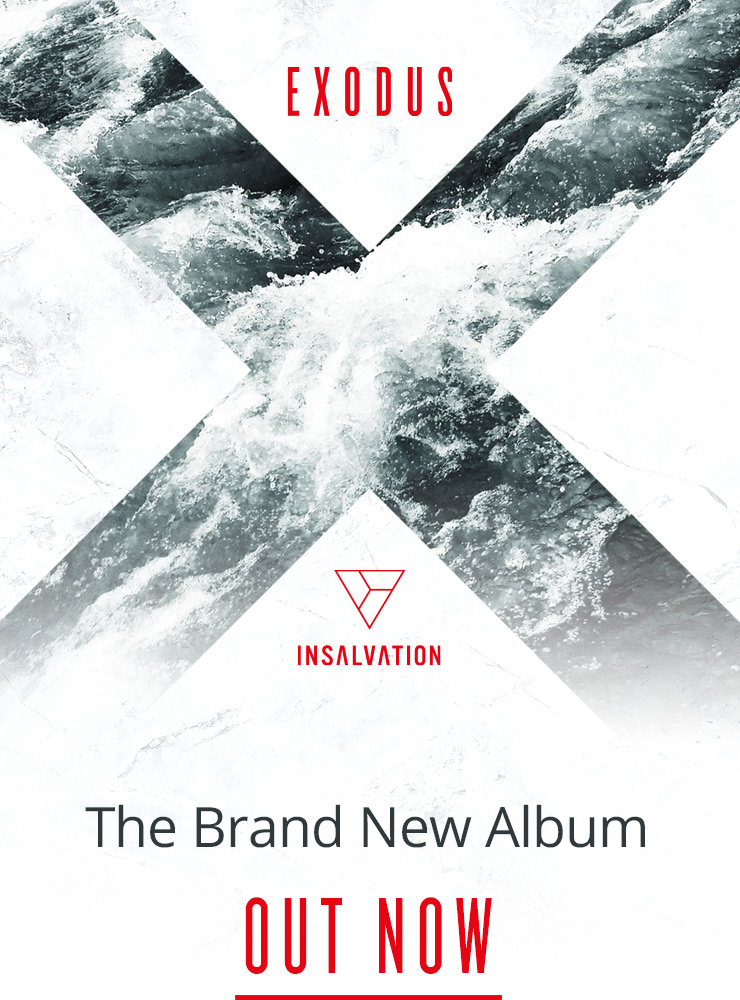 Hailing from the Netherlands, InSalvation drop their brand new album ‘EXODUS’ today, marking their first release as part of the Integrity Music family. Featuring co-writes with Tom Smith, Ian Yates, Matt Hooper and Kees Kraayenoord, the fresh collection of songs will be at the forefront of a subsequent tour across the Netherlands and Belgium.

‘EXODUS’ delivers eclectic songs and soundscapes, breathing fresh air into the worship sphere. It is an album of conviction and clarity, showing further growth of the Dutch collective that started almost fifteen years ago and has since grown into one of the leading worship bands in the Netherlands. The album’s name and title track echo a declaration of faith to follow where God’s promises lead, mirroring the pilgrimage of the people of Israel out of Egypt and bondage towards true freedom in the promised land.

“Everybody has an ‘Egypt’ in their life,” says lead singer Jafeth Bekx. “We can leave it behind and join as one people, making our way to the land, representing the future that is promised to us.”

Among the album’s highlights, ‘Let The Heavens Be Open’ featuring worship leader Leeland Mooring and the intimate ‘Await’ that drew inspiration from a season where Jafeth and his wife Sifra were uncertain if they would be given the gift of children. From powerful proclamations such as ‘All Eyes On You’ and ‘Banner,’ to worship in the waiting with ‘Holding Onto Your Love,’ InSalvation, with the creative flair of producer Trevor Michael, crafted sounds and lyrics that will infuse hearts with a new experience of God.

Following the album launch, InSalvation will embark on a tour around the Netherlands and Belgium, promising to also include previous worship songs that introduced them to a wider audience such as ‘Fill This House With Your Glory’. The latter was included on the 2019 Spring Harvest album ‘Unlimited’.

Tickets for the ‘EXODUS’ tour are on sale at: https://www.eventsforchrist.nl/event/insalvation-exodus-tour-2020