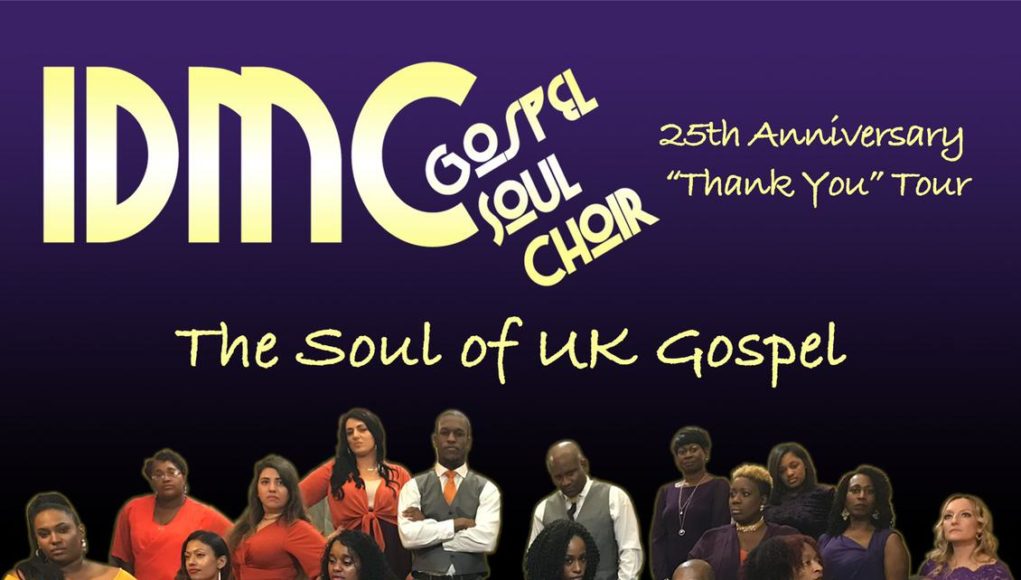 Award winning and Croydon based resident John fisher, has been in the music business for over 40 years and has shared his gift for music playing for some of the biggest names in gospel and soul music.

“Being the drummer behind people like The LONDON Community Gospel Choir, Chaka Khan, Mica Paris, Alexandra O’neal, Denise Williams and so much more has given me an amazing life” says John.

Brought up in  the NTCG church and the son of a musician and preacher, John has kept his faith strong and believes that’s what made him who he is today.

The choir which was formed in 1994 is made up of individuals like you and me, people who work normal 9-5 jobs, but who have come together to share the special gift of singing gospel and inspirational songs.

John, an award winning choir director, music teacher,  and youth mentor by day,  has been mentored by some of the UK’s finest choir directors. Such as BAZIL Meade (London Community Gospel Choir) who’s worked with Stormzy, Luther Vandross, Elton John, as well as Karen Gibson (Kingdom Choir), famed for singing at last years Royal Wedding. Combined his upbringing, training and mentoring to create the classic, IDMC Sound (Individuals Dedicated to the Ministry of Christ).

The latest album offering Hideaway Live(recorded live at South London’s Hideaway Jazz Club) made its debut in 2017 with a deluxe re-release and album launch at the Jamaica High Commission in early 2018, celebrating 24 years of the choir. Now the latest single, My Change has Come, brings the choir into full fruition celebrating 25 years this year.

“Taking IDMC (individuals dedicated to the ministry of Christ) on tour at this time is a dream come true” says John. “ I never thought we would be still going till now, singing to so much over so many years has been a total joy, and to know we are still getting called to perform tells me that we are loved”.

The Tour launches in John’s and the choir’s home town Croydon, on Thursday 26th September, going all the way through to 23rd December.  This will see IDMC hit all the major cities such as Birmingham, Manchester, Bristol, Liverpool, Leeds, Newcastle, and so many other towns and cities along the way.

John Fisher and IDMC Gospel Soul Choir repertoire includes songs from Aretha Franklin, Ben E King, and The O’jays with that signature IDMC twist. As well as, music from their albums that spans over the past 25 years.

To learn more about the Choir, visit their website on  www.idmcgospel.com

How I Got Over

It is to You

Lord I Lift Your Name On High

BBC Choir of the Year Performance

Current SIngle- My change Has Come