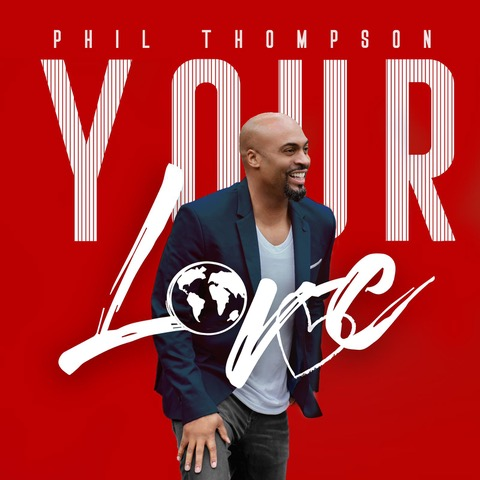 Hot on the heels of his most recent release ‘You Ransomed me’ which announced the launch of his sophomore season of songs, leading US worship artist Phil Thompson returns with an unexpected uptempo jam – ‘Your Love’. With the video release set for the 2nd August, Phil’s growing global fan base will be introduced to another side of his musical artistry and hit-songwriting ability.

With driving electric guitars and an unapologetically punchy rhythm, ‘Your Love’ is an exciting contrast to Phil Thompson’s previous releases. Yet, his ability to express his worshipper’s heart and a desire to draw people into a genuine posture of worship remains the same with this new single.

Phil Thompson is a Boston, MA native, former member of Ashmont Hill and worship leader at Jubilee Christian Church. Though Phil has been singing since childhood, it wasn’t until he was 30 years old that he fell in love with writing music. Since then Phil has continuously inked acclaimed songs such as “Praise His Name” (Ashmont Hill), “Light The Way” (Jubilee Worship), and “Love Lifted Me” (JJ Hairston).

His debut project ‘My Worship’ racked up an astounding 12 million YouTube views within just over a year. He has since been gracing platforms with his God-given gift and mandate across the globe in countries such as Ghana, Nigeria, the United Kingdom, the Caribbean Islands, and Canada.

“The mandate is clear to me. God has called me to lead people into his presence – to lead them to worship. That’s all I have to do. Everything I have been through, even my lowest of lows – it was all for this very purpose. I want people to get as excited as I am about this new project because it speaks of the love of God and the power of its truth.”

‘Your Love’ will available for digital downloads on 9th August 2019 on all major online platforms.

Jay Schaarschmidt ‘It was you all along

“In His Time” song by a new young artist!