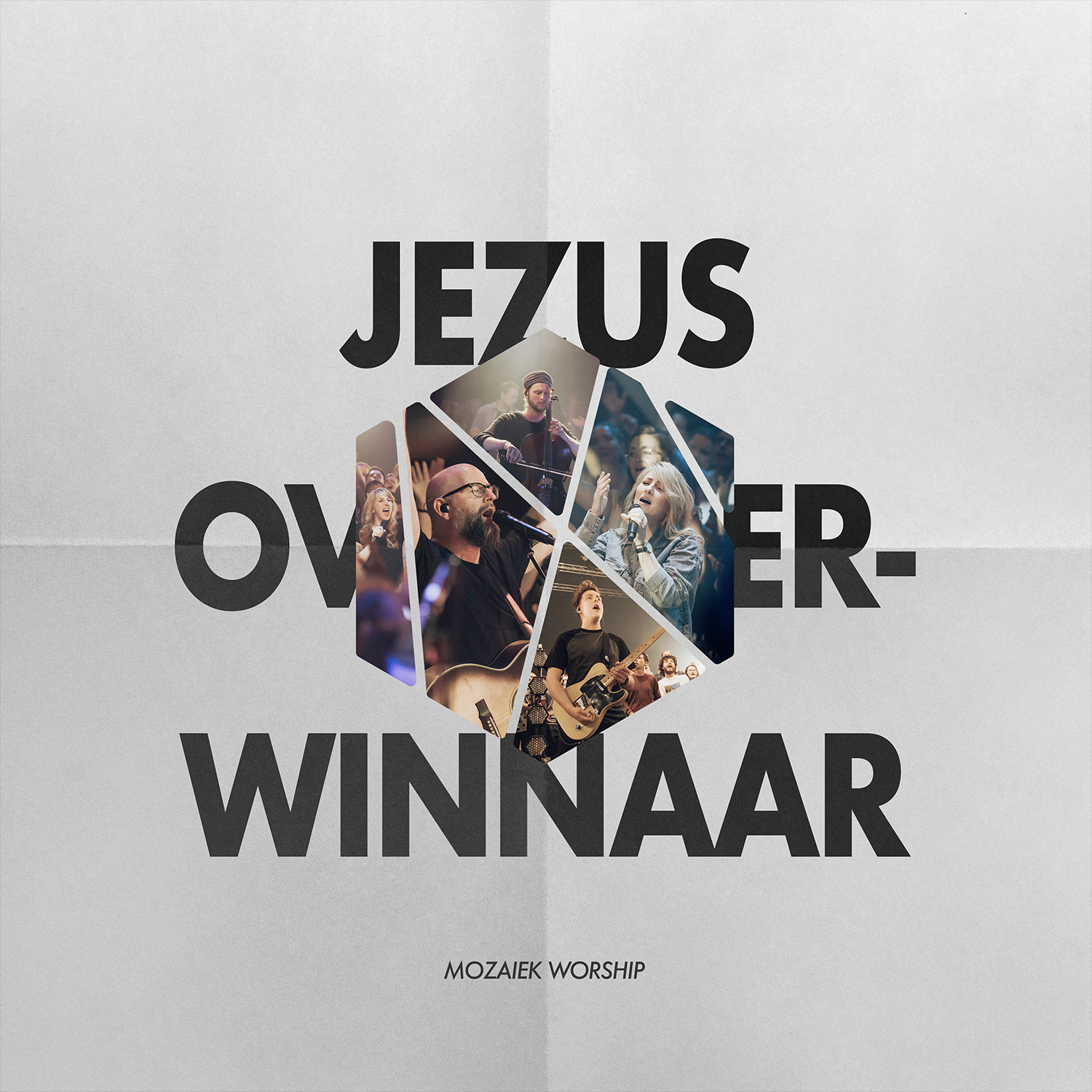 On November 15, Mozaiek Worship released their new album
‘Jezus Overwinnaar’. The twelve new songs are odes of justice and hunger for God’s love written to help the Church grow in worship.

‘Jezus Overwinnaar’ was premiered at the Mozaiek Worship Conference in Veenendaal. The album is the testimony of a local church, Mozaiek0318, yet it was released to be a wider voice for the Dutch church, serving it with fresh words and music to take worship on a national level to a new depth. In just a few days, it reached number 4 in the iTunes ‘Top Album’ chart in the Netherlands, crossing over into mainstream.

It all started with the song ‘Jezus Overwinnaar’ (released internationally as ‘Jesus Victorious’); a powerful proclamation written by Eline Bakker, Kees Kraayenoord and Reyer van Drongelen. It spread like wildfire and became one of the top worship songs in the Netherlands after its release as a single. “It is so special to see a song like this get embraced by the Dutch church in such a short time” says Kees Kraayenoord, pastor of Mozaiek0318 and worship leader.

The song ‘U Bent Sterker’ (Kees Kraayenoord, Hanne de Vries and Reyer van Drongelen) was written as a statement of faith, confessing God’s Light being stronger than darkness. Shortly after the song was finished, one of the Mozaiek Worship leaders, Jannica van Barneveld, fell gravely ill. Suffering from acute liver failure, she was put on a waiting list to receive a donor liver. Time was running out and her need for a transplant was urgent. God provided. During her recovery, Jannica recognized her story in ‘U Bent Sterker’. “It became not just her testimony, but the testimony of so many people who have suffered loss or know what it is like to walk through the valley of darkness. This song resounds as a statement piercing that darkness: God is stronger. He is sufficient. Even if I fail, He is enough for me,” states Kees.

The power of ‘Jezus Overwinnaar’ is expressed through its enthusiastic message of hope. “That’s the beauty of the love and light of God” says Kees, “just a tiny fraction of it is enough to expel the darkness. This is what we hope to share, in the hope that Gods Church in our nation will sing with new words of His love and His strength. We pray that this album will help you worship God and that your love for Jesus and His church will grow.”