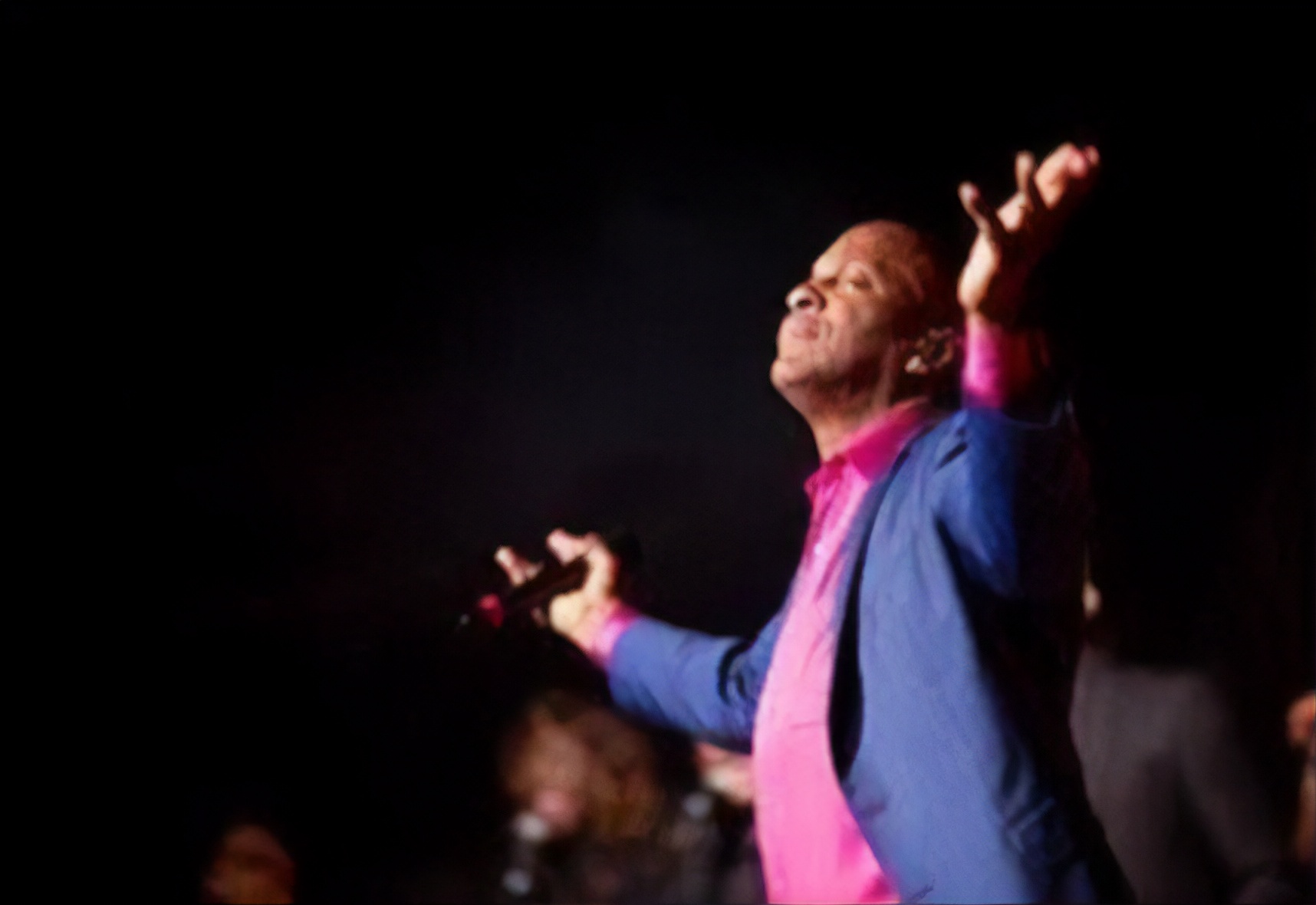 Los Angeles, CA (October 21, 2019) – Twenty years ago, Donnie McClurkin decided a live recording across the pond in the UK  was the best direction for his sophomore album.

As it turns out, he was right. The platinum plus selling album Live in London and more… positioned the singer for global ministry and caused his musical career to skyrocket.

McClurkin recently returned to London for back-to back anniversary concerts at New Wine Church located at Gateway House. The people showed up in full force with great anticipation because every seat in the house was filled.  The lively energetic sound from the audience singing almost drowned out McClurkin when he performed the all-time favorite Caribbean Medley.  The two hour set included “Great Is Thy Mercy”, “We Fall Down”, “Stand” and several other popular tunes by the artist.

“I was blessed in London 20 years ago and sent around the world.  After all the awards, sales and notoriety I had to come back to say thank you,” says McClurkin.

The anniversary concerts not only reunited McClurkin with London, it also re-established a bond with the powerful group of singers that recorded the now iconic album, two decades ago.  The singers: Sheila Carpenter, Vincent Freeman, Annette “Queenie” Lenox, Sherry McGhee, Andrea Mellini and Duawne Starling traveled the globe with McClurkin for years.  Their amazing voices blended with McClurkin’s distinctive raspy tenor sound ushered in a beautiful, melodic presence and experience that the audience graciously welcomed.  Katrina Spence

did a great job filling the spot for Lenox, who was unable to make the trip. Another memorable moment for McClurkin was teaming up with Kevin Bond and Trent Phillips to Co-Produce  the Live in London anniversary concerts, while Trent Phillips also served as Music Director.