Bex is a Gospel Singer and songwriter from London. Performing since the age of 5, it was inevitable Bex with her slight frame and enormous voice, she was destined to have a passion for music.

Being around a Gospel singing Mum and music vinyl collecting Dad, she would be exposed to the kingdom of God and its beautiful harmonics. Being a proficient Soprano, soulful alto and harmonic tenor vocalist.

Bex skilfully uses her soothing soulful range and tone to paint vivid and diverse stories in her songs, providing her audience with an exciting window into her consciousness, experiences whilst give her perspective on life.

Bex insists on remaining herself by going with her instincts and visual presentation.

Bex plays a large part in the production, composition and arrangement of her songs. Working with producers in and out of the UK. So as to convey not only her love for God but to showcase her huge talent for songwriting, performing, and singing. Projects at work and to follow this: TTM collective, Cerose and Reece Frank 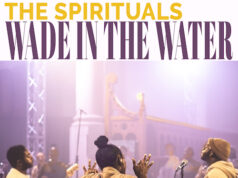 Jemimah Paine‘s new collaboration ‘I Will Sing‘. will put you in a spirituals mood.

Teresa Jae – Morning Dance which has a Latin and RnB feel