Though celebrating the milestone 35th Anniversary of the Stellar Gospel Music Awards has been delayed due to the ongoing global health crisis and pandemic of COVID-19, Central City Productions today announced plans to produce the “Greatest Night in Gospel Music” as a two-hour virtual awards telecast that will air in 3Q of this year.

Replacing the live taping previously rescheduled for August in Las Vegas,the new show format will harness the power of technology and creative television production honouring the best in Gospel music. The virtual production will acknowledge all winners of the Stellar Awards pre-show and the main show, with select categories being presented in the broadcast.

The broadcast will also feature inspirational performances from Gospel music’s most celebrated artists, and special tributes to first responders heroism the front lines of the battle against the Coronavirus pandemic.”As a result of the COVID-19 pandemic closing venues in Las Vegas we are producing our Stellar Awards as a virtual at-home television special to honour our Stellar Award 2020 nominees and winners, that will still raise the roof for our fans at home with great Gospel music performances in a new format,” said Stellar Awards Founder and Executive Producer Don Jackson. “Also, it gives us the opportunity to honour COVID-19 first responder heroes in appreciation of the great work they are doing to save lives during this pandemic.

We hope to further inspire these heroes with tributes of thanks from our Gospel music cast of Stellar winners and performances.”Joining previously announced first time co-hosts Jonathan Mc Reynolds and Koryn Hawthorne is Stellar Awards veteran host Kirk Franklin.

The Walls Group, and Doe, with more to be announced. An important tradition at the Stellar Awards will be held for next year’s 2021 show, where Jackson will bestow well-deserved special honours and recognition upon Gospel greats who have elevated the genre.

The previously named recipients – The Clark Sisters, Lady Tramaine Hawkins, Pastor Shirley Caesar in addition to Gospel music industry leaders Dr. Leonard Scott, Skip Barrett, Kerry Douglas, and Dr Teresa Hairston –will be celebrated for their contributions to Gospel music when The Stellar Awards returns to Las Vegas next Spring in March 2021. Tickets purchased for 2020 Stellar Awards events that were scheduled for August 14–16 will be refunded. To submit requests or for more information, visit www.ticketmaster.com.

More of the biggest names in Gospel and a few additional surprises are being added to the growing list of top performers appearing in this year’s show, presented by AT&T and also sponsored by State Farm.“I am especially grateful and appreciative of the tremendous positive response we have had from Gospel music artists, our advertising partners and over 200 television broadcast and cable partners around the country who have agreed to support our 35th annual Stellar
Awards at a home special honouring Stellar winners and first responder heroes,” said Jackson.

Stay tuned for future announcements and follow @thestellars for the latest news and updates about the greatest night in Gospel music. The Stellar Gospel Music Awards show is Executive Produced by Don Jackson, with Jennifer J. Jackson serving as Executive in Charge of Production.

Michael A. Johnson will produce and direct this year’s award show.
Follow The Stellar Awards on social media for updates and more! 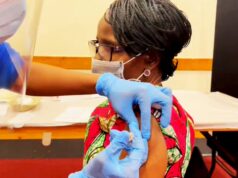