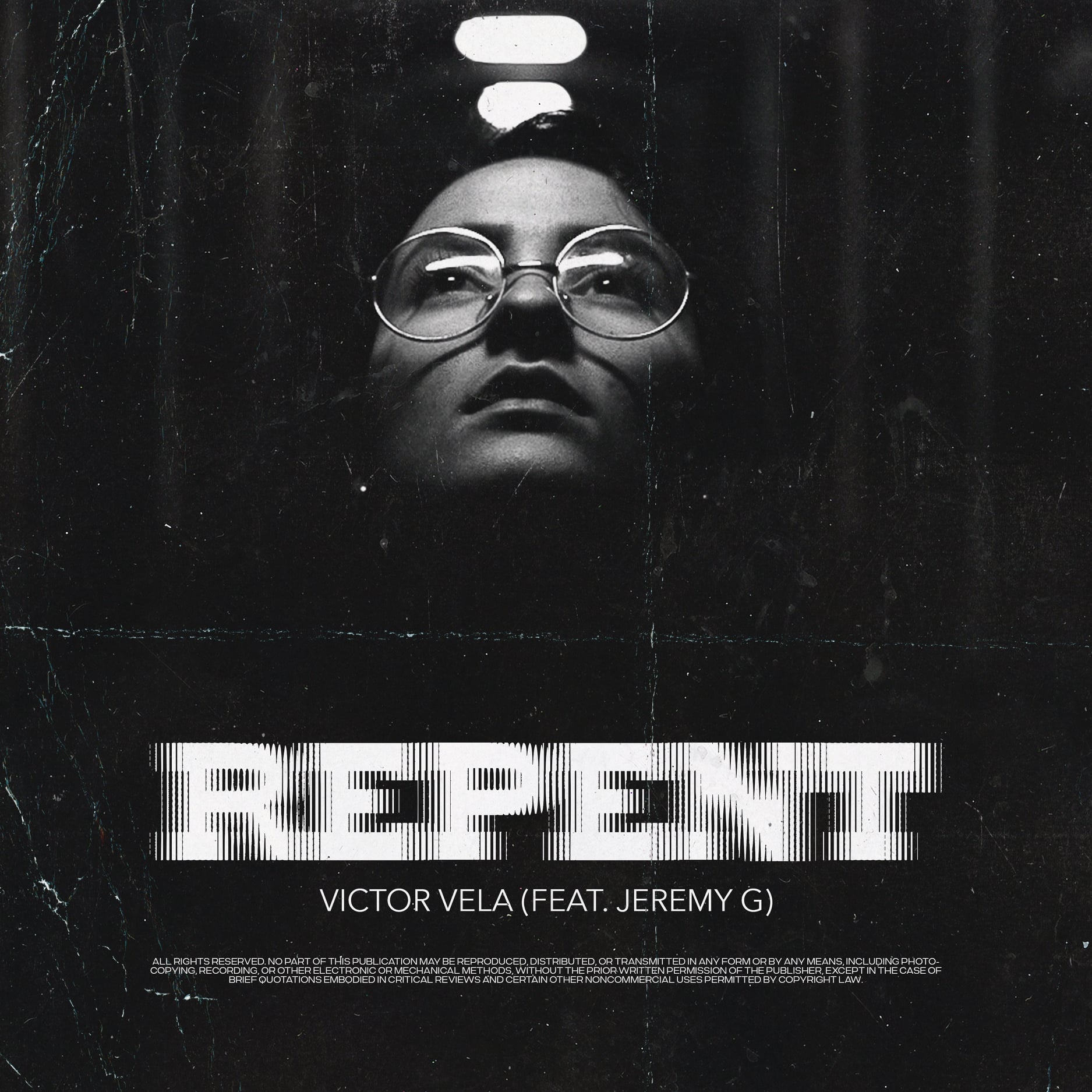 After receiving support from his growing audience of over 34k on his TikTok page. “Repent” is one for the heartstrings as it summons emotion and hopes through a message of desperation through cinematic tones in its beat, impactful vocals and lyricism. Victor continues to bring a fresh and distinguished quality & style to the genre of Christian Hip-hop, trailblazing his way with this powerful new single.

Coming from the depths of depression and addiction, this project reflects the contemplations Victor and Jeremy G had through a pivotal point in their lives as they called out to God and made the decision to follow Christ.

After a life-changing shift in world view and faith; From drug addiction, jail time, unbelief, and mental illness to complete healing in Christ Jesus, I’m aiming to make an impact on the world with the vision and talent God has given me.

Unlike many of my contemporary peers in the Christian Hip-hop community, my goal is not to reach “the lost” with my music, but rather to ignite a fire in hearts of those who already have faith in Jesus Christ. I believe that if done correctly, targeting the Christian community for a “Renaissance” or Reformative and Powerful movement will ultimately lead to the evangelism of the world.

If every Christ-following human being impacted his or her sphere of influence with Holy Spirit fire we could witness a movement for Christianity unlike any mankind has seen since the 1st century. It’s my goal to set their hearts on fire.

We have every reason to be unashamed and bold with our faith, in love. I’ve been composing rap lyrics and making music since 2006 at age 12. Since then I have gone through a huge transformation in both my lifestyle and who I am as an artist. From age 12 to 21 I worked my way through the Texas underground rap scene and worked with many different Texas rap influences including Chamilitary Entertainment.

However, after choosing to follow Christ I started over completely, going from secular hip-hop to the Christian Hip-hop genre. From 2016 to early 2020 I focused on perfecting my craft and growing in my new identity as a Christian Hip-hop artist and influencer.

Now the motive to revitalize Christian culture drives me to work to establish a prominent influence through Christian music.

This journey I’m embarking on will have its challenges but it’s worth the fight as with every person to follow the music comes the possibility of them being transformed and inspired to share Christ with love and boldness. Coming on to Submithub I look forward to networking with Christian Blogs, influencers, playlists curators and more so we can work together to make an impact for Christ in an unprecedented and refreshing way.