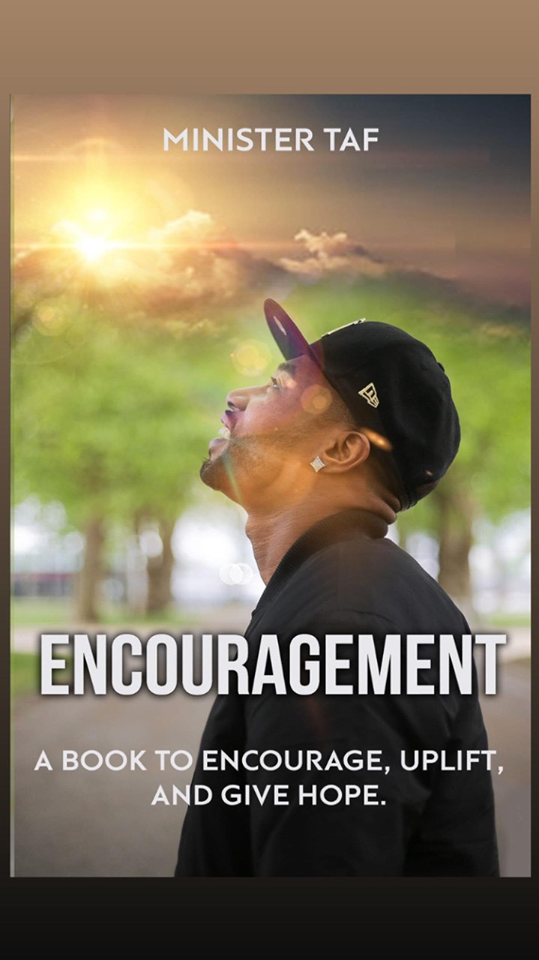 Minister Taf a multi-award-winning Gospel Reggae Artiste is known for his music, energetic performances, and catchy hooks. But this time he surprised many with his debut book titled “ENCOURAGEMENT.”

He states that the book came about after having his devotion one morning, and God spoke to him to write it as well as giving him the title. He then went to his wife who was seasoning chicken for their Sunday dinner and told her about it, and her response was “you gotta do what you gotta do.”The book is filled with scriptures, encouraging words and real-life experiences to help individuals who might be facing challenging times right now and even times to come.

It was written to encourage, uplift, and give hope.Minister Taf also said that it took him about a week to complete the book, and had his wife contributed in writing in it.

The book is available on Amazon in both paperback and kindle version.Officially released on the 28th May 20, and available via Amazon on Paperback and Kindle