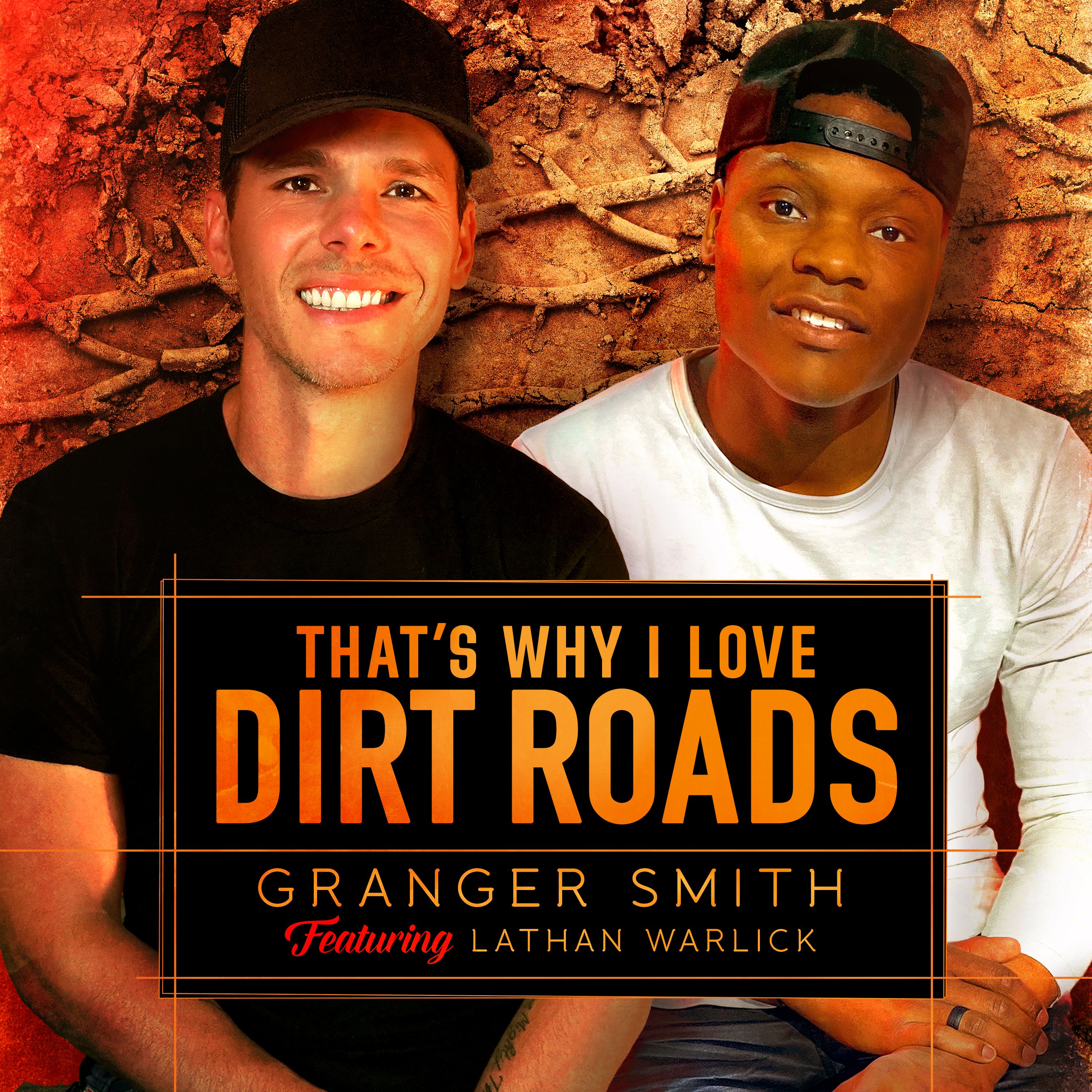 Platinum-selling US country star Granger Smith has released a powerful collaboration of his current single “That’s Why I Love Dirt Roads” featuring Christian rapper Lathan Warlick. Smith’s wife, Amber, introduced him to Lathan Warlick’s Instagram a couple of months ago and was instantly drawn to his re-branding of different songs that portray his own testimonies of life battles and subsequent renewal.In a May 27 Instagram post (click here to see) Smith shared Warlick’s clip with a note, ”A few months ago, Amber found @lathanwarlick and showed me his insta page. He was taking popular tunes, adding his own lyrics and completely re-branding the songs with his own stories of life, struggle, rebirth and testimony. I loved it instantly.”

He continued, “I reached out via DM and we hit it off right away. (And one day we’ll take our boys fishin) This dude, through his own path, has pulled the layers back on life and sees things in a new way…with truth, integrity and God first. I only hope that one day I can see as clearly as he does.”

“That’s Why I Love Dirt Roads” elevates the dirt road to a place of sanctuary and honour and becomes more than an ode to growing up off the grid. Although still nostalgic, the lyrics are much deeper than just good times on back roads. And that feeling is elevated by Warlick’s powerful lyrical additions. Warlick raps over the track:“You never know what to expect or what’s coming next when riding them dirt roads,the gravel and dust might throw you off if I’m ready or not only God knows.

It’s hard trynna hold it together when I lost a couple of people along the ride,wish I could roll back the hands on a clock just to tell ’em, “I love you” just one more time.”

ABOUT GRANGER SMITH:
Over the course of his groundbreaking career, Granger Smith has amassed a massive and rabid audience now known as “Yee Yee Nation” built through heavy touring and grassroots fan engagement.

He now has a social media following of over seven and a half million along with over one billion online video views. Signed to BBR Music Group’s Wheelhouse Records, Smith broke into the national scene with Remington, an album that garnered him the No. 1 smash “Backroad Song.” Smith was also awarded a BMI Country Award for writing, producing, publishing and performing “Backroad Song” and followed it with the Top Five hit, “If The Boot Fits.” “Backroad Song” was one of the Top 10 Most Played Country singles of 2016 according to Mediabase and has been certified RIAA PLATINUM.

He was nominated as Best New Country Artist for the 2017 iHeartRadio Awards and was included in the 2017 crop of artists honoured during the CRS “New Faces” show. His album When The Good Guys Win spawned the hit “Happens Like That” that peaked at 13 on Country charts. Not only has Granger stacked major accolades as an artist, but he also released his first-ever book If You’re City, If You’re Country, which immediately hit No. 1 on Amazon best-selling lists upon its pre-order announcement. He toured with Kane Brown for a good part of 2019 and will soon announce more upcoming tour dates.Listen to “That’s Why I Love Dirt Roads” everywhere digitally now. Keep up with Granger Smith on Facebook, Instagram, YouTube and Twitter and visit his website here.

ABOUT LATHAN WARLICK:
The progression into manhood involves being able to make life-altering decisions. For Lathan Warlick, up until he reached adulthood, that was a difficult task to perform. Lathan was raised in Jackson, Tennessee, in what some might consider the wrong side of town, a part of town that was known for its gangs, violence and crime.

Unlike the majority of the community, Lathan was raised in a two-parent household alongside three of his siblings. Lathan Warlick started his career as a hip-hop dancer, which after numerous shows and events, he reached his goal as being known as one of the most talented in his hometown.

His talented verses and dancing skills have reached various celebrities around the nation, and he has been featured on Rapzilla, Christian Hip-Hop Hits Just As Hard, Rude Boy Lifestyle Magazine, Zevo TV, numerous radio stations, and many others. For more info, check out Lathan’s official site: https://www.lathanwarlickmusic.com.