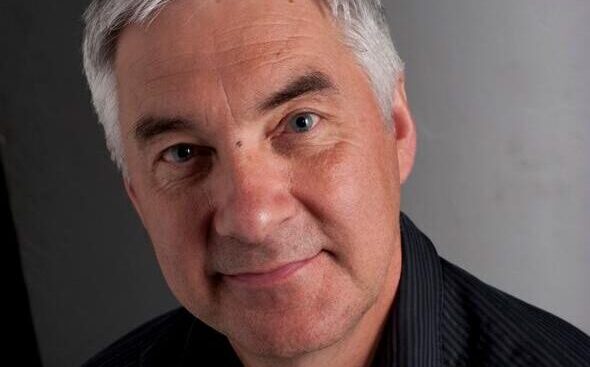 Behind the creative talent of even the best musician, there has to be a skilled producer.’ These words opened the press release announcing Les Moir’s move to Kingsway in October 1992 – and they seem fitting words to repeat as Les transitions from the company this month after 28 years of service. During his time at Kingsway / Integrity Music, Les has worked with a host of internationally acclaimed worship leaders and songwriters including Graham Kendrick, Stuart Townend, Delirious?, Sinach and Kees Kraayenoord. Some of the world’s best-loved worship songs – including ‘Shine Jesus Shine’ and ‘10,000 Reasons’ were nurtured by Les.

Les joined Kingsway in 1992 as its Artists and Repertoire Manager, having spent 16 years in the music industry working with artists including Gloria Gaynor, Sheila Walsh, Phil Keaggy, Graham Kendrick, Bryn Haworth and the London Community Gospel Choir. As a natural encourager and mentor, A&R manager, record producer and bass player, Les has supported and coached many worship leaders over the years, helping to develop Martin Smith, Matt Redman, Lou Fellingham, Tim Hughes and Noel Robinson among others.

In 1996, Les set up Survivor Records – Les describes this in his book Missing Jewel as ‘a family where young writers and worship leaders could flourish’. Amongst the first releases was the ‘1996 Soul Survivor Live’, alongside albums by Paul Oakley and Matt Redman. Les worked on songs such as ‘Here I Am To Worship’, ‘Everlasting God’ and ‘Blessed Be Your Name’ which were sung around the world, with ‘Here I Am To Worship’ becoming the most sung song in North America and ‘Everlasting God’ becoming the first Christian song to win an ASCAP award. Les, alongside John Paculabo, partnered with Noel Richards & Gerald Coates to see worshippers fill Wembley Stadium at the Champion of the World gathering in 1997.

In 2001, Survivor Records launched its own publishing arm, Survivor Books, working with authors including Mike Pilavachi, Pete Greig, Debra Green and Matt Redman. In 2010, Les was given the Gospel Music Award for services to Gospel Music in the UK.

‘We’re so grateful to Les for his 28 years of invaluable contribution to Integrity Music,’ said Jonathan Brown (JB), President of Integrity Music. ‘The artists, authors, songwriters and songs on which Les has worked will continue to serve as foundational hymns of the Church and send the message of our Saviour to countless generations yet unborn. Les’ belief in the power of creativity through song and story, his intuition and care of people has led him to mentor, encourage, support and champion writers of some of the most well-known songs in the Church today. He has an unrelenting passion to pursue where God is moving and to seek the expression of the Church that comes from within its midst.’

Worship leader and songwriter Tim Hughes added, ‘Les is one of the most remarkable people I know. Kingdom minded, generous, kind and pure. His ultimate passion is to make the praise of God glorious and he delights wherever he sees this take place. His influence on sung worship in the UK and worldwide is more significant than many of us I think will ever realise.’

From this month, Les will become Executive Manager of the Word & Worship Trust. The Trust works with worship leaders through multicultural networks, focusing on nations where support is most needed and least available, to encourage the whole world to worship the Lord. Les will be seeking out and mentoring worship leaders and songwriters within the local church globally, creating global highways which celebrate indigenous worship songs and cross-pollinate the sounds of the nations throughout the world.

Les is married to Judith and they are based in Eastbourne, East Sussex. They have a son and a daughter, James and Isabel. More information about Les and his work can be found at www.lesmoir.com/home.